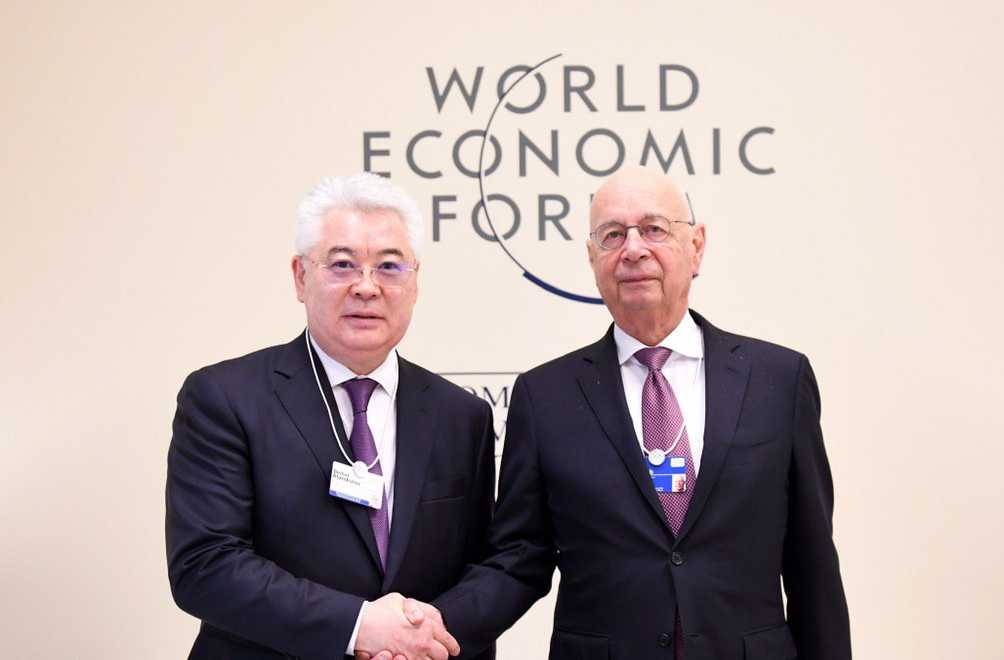 AMMAN, 6 April 2019 – The 10th Regional Forum of the World Economic Forum (WEF) on the Middle East and North Africa “Building New Platforms of Cooperation” was held at the Dead Sea. Kazakhstan’s delegation, led by Foreign Minister Beibut Atamkulov, took part in the Forum.

The programme of the event included such issues as the fourth industrial revolution in the Arab world, developing a new economic model, a guide for addressing the common challenges facing the region, searching for common ground in a multi-conceptual world, and the future of industry dialogues.

The forum was organised with the support and participation of King Abdullah II of Jordan. The event brought together over a thousand government, business and community leaders to create new mechanisms for dialogue and joint action during a period of profound economic, social and geopolitical changes in the region and around the world. The WEF, as an international organisation for public-private partnership, brought together major global companies, governments and civil society to develop cooperation between the public and private sectors on critical issues for the future of the region.

On the sidelines of the forum, the Kazakh Foreign Minister held a number of meetings, where he discussed relevant issues of cooperation with both foreign countries and international businesses.

The outcome of the 15-year partnership of Kazakhstan with this global expert organisation was discussed with Klaus Schwab, Founder and Executive Chairman of the WEF. It is often the case that ideas originating at the WEF discussion platforms become the basis of important international decisions. During the conversation, particular emphasis was placed on plans to expand interaction between Kazakhstan and the WEF.

At the meeting of Mr. Atamkulov with the President of the European Bank for Reconstruction and Development (EBRD) Suma Chakrabarti, the sides discussed major events in Kazakhstan involving the bank, particularly the session of the Foreign Investors’ Council under the President of the Republic of Kazakhstan (FIC) and the Astana Economic Forum.

Having analysed their interaction with Kazakhstan, the sides agreed that the EBRD was an example of successful cooperation. To date, there are approximately 250 projects worth over $8 billion with the bank’s participation in various sectors of Kazakhstan’s economy.

At the meeting with King Abdullah II of Jordan, the Kazakh Foreign Minister informed the King of important developments in the internal political life of Kazakhstan, highlighting the continuity and stability of the country’s foreign policy in accordance with the policy of First President of the Republic of Kazakhstan – Elbasy Nursultan Nazarbayev.

The meeting highlighted the cordial relations between the First President of Kazakhstan and King Abdullah II, which became a solid basis for expanding cooperation across various areas. An agreement was reached on the further expansion of bilateral dialogue in such new areas as space industry and cyber security.

Gratitude was expressed to the Jordanian side for supporting Kazakhstan’s initiatives, namely, on inter-religious dialogue and ethnic and religious tolerance, as well as for the active participation of the King in the congresses of world and traditional religions.

The Jordanian monarch expressed gratitude to the First President for supporting the initiative to hold the Astana talks on Syria, where Jordan participates as an observer, which significantly reduced violence in the country and created the necessary conditions for establishing the peace process.

Moreover, on the sidelines of the forum, meetings were held with major international companies in the Middle East (covering Jordan, Saudi Arabia, the UAE and Kuwait) representing such sectors as retail, finance, agriculture, IT, mining and metallurgy, logistics and renewable energy. Following the meetings, the companies showed interest in joint projects and are expected to visit Kazakhstan in the near future to discuss specific plans.