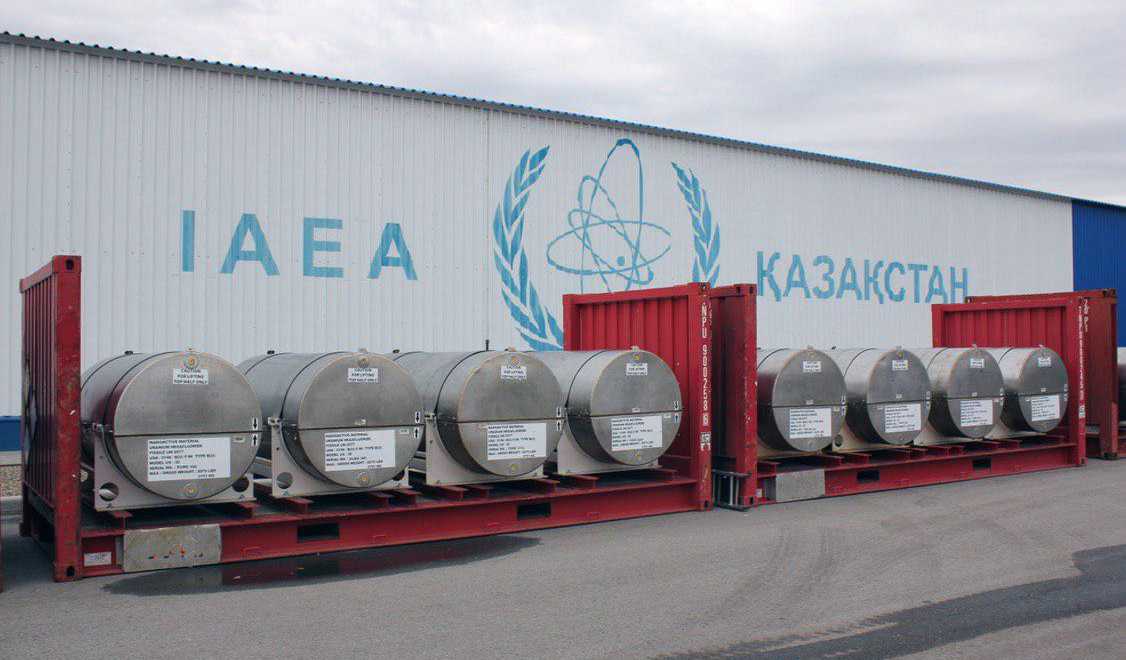 The international project to establish the IAEA Low Enriched Uranium (LEU) Bank in Kazakhstan was successfully implemented at the initiative of the First President of Kazakhstan, Elbasy Nursultan Nazarbayev.

The IAEA LEU Bank will store 90 metric tons of uranium hexafluoride suitable to produce fuel for a standard light-water reactor at nuclear power plants. This reserve of LEU is not a radioactive waste, does not pose a threat to the population and the environment and will be used in case IAEA Member States are faced with the cessation of traditional fuel supplies for political reasons.

Thanks to the investments of Kazakhstan and the IAEA, the necessary infrastructure for the safe storage of material has been created on the basis of the Ulba Metallurgical Plant, which has many years of experience in this area.

The IAEA LEU Bank is an important contribution of Kazakhstan and a confirmation of its leading role in strengthening international security and nuclear non-proliferation.

The suppliers of material for the IAEA LEU Bank are the Kazakhstan company NAC Kazatomprom JSC and the French company Orano Cycle.

The signing of documents between Kazakhstan and the IAEA on the establishment of the IAEA LEU Bank took place in August 2015 in the Kazakh capital during the visit of the IAEA Director General Yukiya Amano.