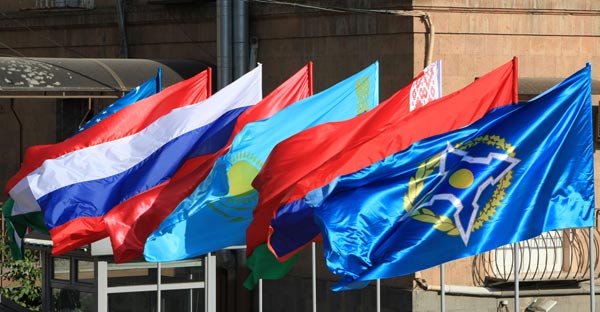 World War II broke out on September 1, 1939 and claimed the lives of tens of millions of people. This was the worst tragedy of the 20th century. This catastrophe was primarily the result of the aggressive aspirations of those who were convinced of their own racial exceptionality and superiority. An indisputable fact is that throughout the 1930s, the Soviet Union had consistently advocated the creation of a pan-European system of mutual obligations and guarantees designed to prevent a global military conflict.

Having shown unprecedented heroic resistance, the peoples of the Soviet Union not only stood up to a strong enemy in a fierce battle, but, at the cost of their lives, saved the future of all humankind and the world civilisation. In victorious 1945, the world looked with admiration and sincere appreciation at the liberating soldiers.

Our common duty is to preserve and firmly uphold the historical truth about those events, honour and pass on through generations the memory of the lessons and victims of World War II and everyone who fought Nazism and fascism in the name of independence, salvation from enslavement and the destruction of entire countries and nations, respect for human dignity, and the triumph of the ideals of freedom, equality and fraternity.

We, the descendants of the heroes of that war, cannot allow anyone to falsify or distort historical facts for the sake of their fleeting political interests. Based on mandatory compliance with the decisions of the International Military Tribunal in Nuremberg, which do not have a statute of limitations, we strongly condemn any attempts to revise the causes of World War II. We consider particularly dangerous the ideas that not only pander to xenophobia and intolerance, but, at the state level, cultivate the idea of their own superiority. The justification and glorification of cruelty and inhumanity will inevitably revive the ideology of fascism and Nazism, regardless of geographical or cultural and historical realities.

The most important outcome of World War II was the decision to establish the United Nations as a universal international organisation to maintain international peace and security, and to develop an equal dialogue between member states. We express our willingness to support an international system based on collective principles in resolving international conflicts, the supremacy of international law, primarily the provisions of the UN Charter , with the central and coordinating role of the UN in international relations.

We call for supporting the resolution of the 74th session of the UN General Assembly, “Combating glorification of Nazism, neo-Nazism and other practices that contribute to fuelling contemporary forms of racism, racial discrimination, xenophobia and related intolerance,” including the proposal to recognise the Victory over Nazism in World War II as the world heritage of humankind, and monuments to the fighters against Nazism in all countries as the world memorial of humankind.